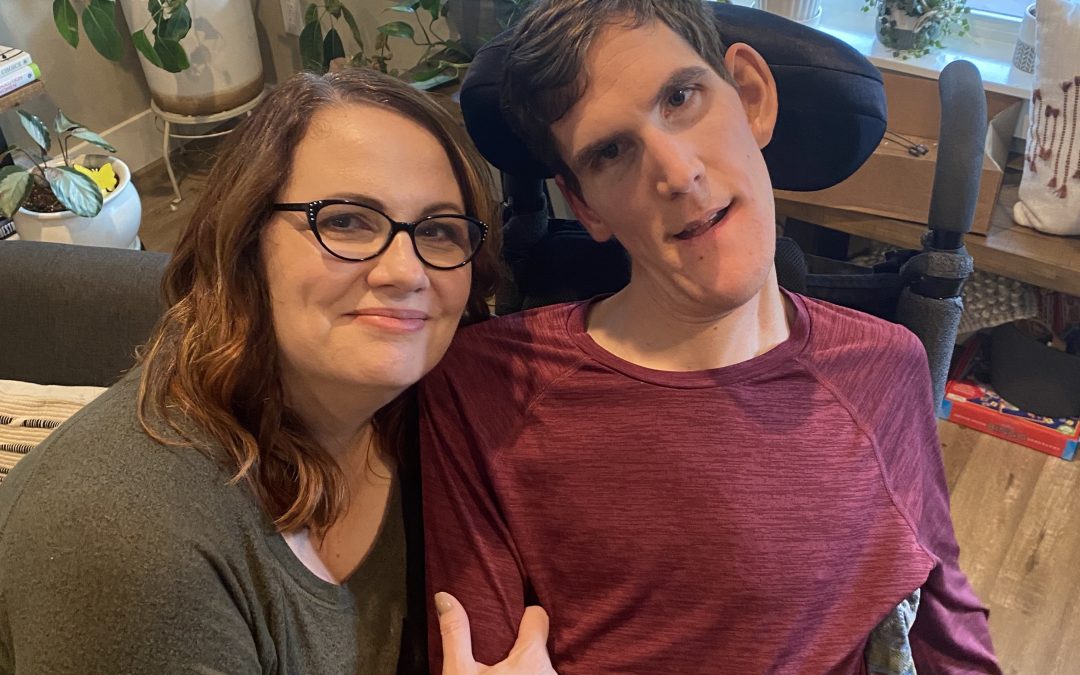 Angela Dionne has an undeniable passion for serving individuals with intellectual and developmental disabilities (I/DD), and it is apparent in her dedication and 20 years of service with ISN. Angela began working for ISN in 2001 as a personal agent and has been serving as ISN’s senior program director since 2018. She was first inspired to work in I/DD services after her son, Brandon, was diagnosed with cerebral palsy at four months. She began working closely with his case manager who in turn inspired her to want to help other individuals, too. “I wanted to help others the way she had helped me,” said Angela.

“I was a mom with young twins and was thrown into a new world with so many challenges and I had no idea how to navigate through the new world I was in,” she recalls. “Without that case manager’s help, I would have been lost. She was such a lifeline for me.”

Before working at ISN, Angela spent five years as a Program Manager for an agency in Yamhill County that provided 24-hour residential services to individuals that experience I/DD. There, Angela advocated for the residents in the group homes. In her personal experiences with her son, she was even more motivated to promote and protect the best interests of individuals that experience I/DD.

In reflecting on what she enjoys most about working at ISN, Angela says, “I love the long lasting connections that you make with the individuals and their family members. I also can’t say enough good things about the whole ISN team. Jill Sorensen, CCS COO and former ISN Director, taught me many valuable lessons as my supervisor. I am grateful to her for that.”

“The ISN Brokerage leadership team is made up of amazing supervisors and staff that make sure all our staff are supported and the individuals we serve are getting the best services possible,” says Angela. “Being the Director overseeing all the amazing staff is truly an honor.”