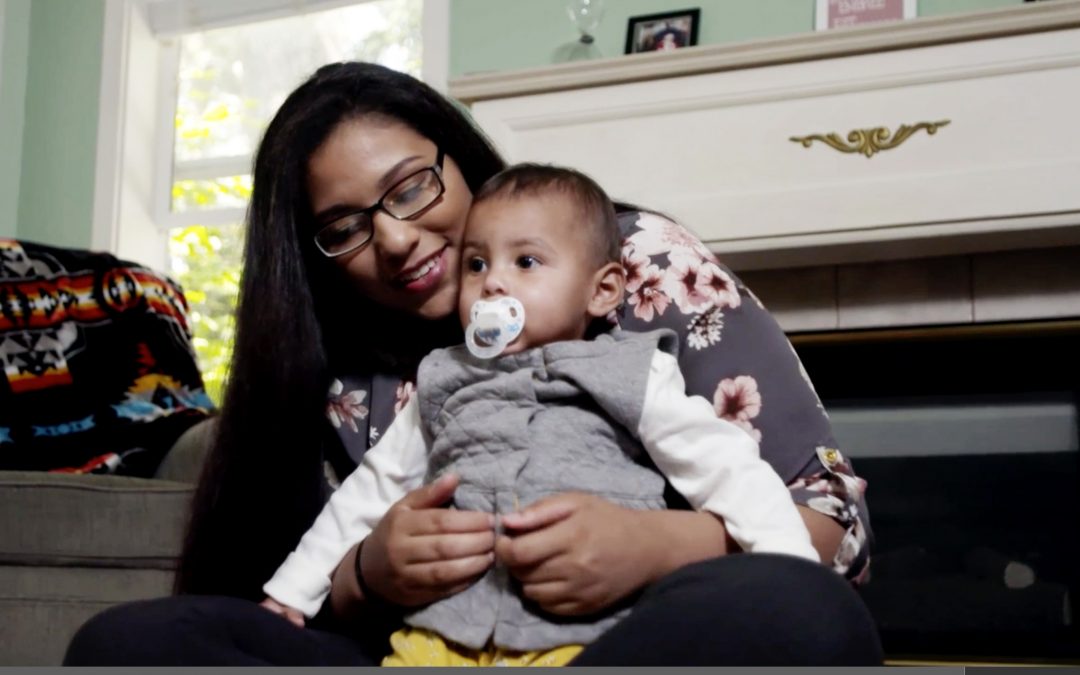 When it became impossible to hide the marks of a relationship that had become both verbally and physically abusive, Lindsey felt she had no choice but to drop out of high school Soon, she again had to make a tough life decision to protect her infant daughter by escaping the abusive relationship altogether. Immediately, she was confronted with homelessness. “We were sleeping sometimes in the car and sometimes at friends’ houses,” Lindsey said. “I just didn’t know where to go.”

Lindsey began seeking help and connected with CCS where she was referred to the Fostering Hope Initiative. There she met Jesse DeHerrera, a program supervisor, who would become her champion. “What impressed me most about Lindsey was her continuous pursuit to do better for herself and her daughter – I call it grit,” said Jesse.

Jesse and the FHI team worked with Lindsey so she could learn to better manage her finances and place herself in a position to find permanent housing. Her battle was uphill, as she had an eviction notice on her record and multiple overdue payments from her previous relationship. Lindsey’s new financial literacy, hard work and a steady job eventually helped her payoff outstanding debts and receive approval for affordable housing.

“It was just amazing to see that there were people out there willing to fight for me,” she said. “They didn’t even know me but they were willing to really help us.”