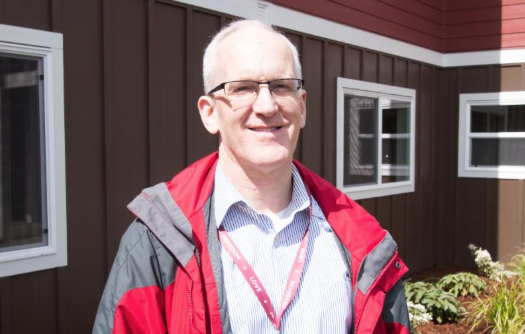 CCSF Fiscal and Policy Analyst Chris Jones is a man of hidden talents. Sitting with him in meetings pouring over projections, or hearing his soft, happy whistle down the hall, you would never guess that he has arranged and orchestrated pieces for the Willamette Master Chorus. Chris grew up in sunny Santa Maria, California and attended San Jose State University, graduating with a degree in music. He met and married his wife Lydia soon after college and began his career as a choir director and church administrator in California. After 14 years, he and Lydia decided it was time for a fresh start, so they packed up and headed for the Northwest with their two daughters.

Chris landed in the non-profit arena, working as an accountant, IT manager and administrator for 17 years in the Portland area. When his position was eliminated due to budget cuts, one of his friends introduced him to Jim Seymour. Chris and Jim met for lunch and Jim floated an idea by him about a new project Jim wanted to launch and Chris said, “I don’t know if I can do that,” and Jim replied, “why don’t you try?” And the rest, as they say, is history.

Over the four and a half years Chris has worked at CCS, Jim and he have had many conversations that sound very similar to the first one they had over lunch that day. Chris has helped CCS tackle many challenging special projects, including the development of the St. Monica Apartments, the integration of the SKCDC housing portfolio into Salem Self-Help Housing, and the newly completed Villa Esperanza apartments in Woodburn.

“What I both love and hate at the same time about my job is the variety of things I get to do because so many of them are the things that I have no experience in, so they are all a little bit scary,” Chris said. “When Jim asks me, ‘can you do this?’ I end up saying yes to him every time, so I end up doing things that I’m not necessarily experienced in, but I like that, it’s challenging.”

“I think one of the other things I like most about my work is working so closely with Jim, because I really admire and respect him as a person and as a leader,” he added.

Chris says an overarching theme of his time at CCS is growth and change, both professionally and personally. When Chris was first introduced to Sanctuary®, he thought he was already living his life in this manner, but if there is one take away from his time at CCS and CCSF, it is that there is always room for growth.

“I think I’m in the process of growing in the area of compassion, and if I am growing it’s because of this company and the people that we serve and our values,” Chris said. “I recognized a long time ago that my nature is not very compassionate, and I want to try and grow in that area. I think God is teaching me how to grow in that area.”

Though Chris is no longer working as a choir director from 9-5, music still plays a major role in his life. He has been singing in the Willamette Master Chorus for 20 years, and leads the bass section. Chris has arranged a piece for this year’s Willamette Master Chorus Christmas concert on December 15th and 16th at Willamette University. To purchase tickets, visit their webpage here.

“I love choir music, and even when I stopped directing, I have always sung in choirs,” Chris said.

When Chris isn’t working or practicing with his chorus, he likes spending time with his wife watching British baking shows or PBS specials, going on walks with their toy poodle, Indi, or checking out a new restaurant in town. 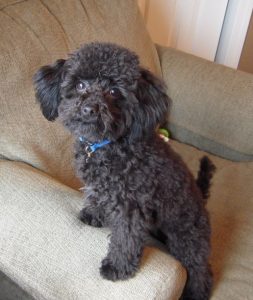