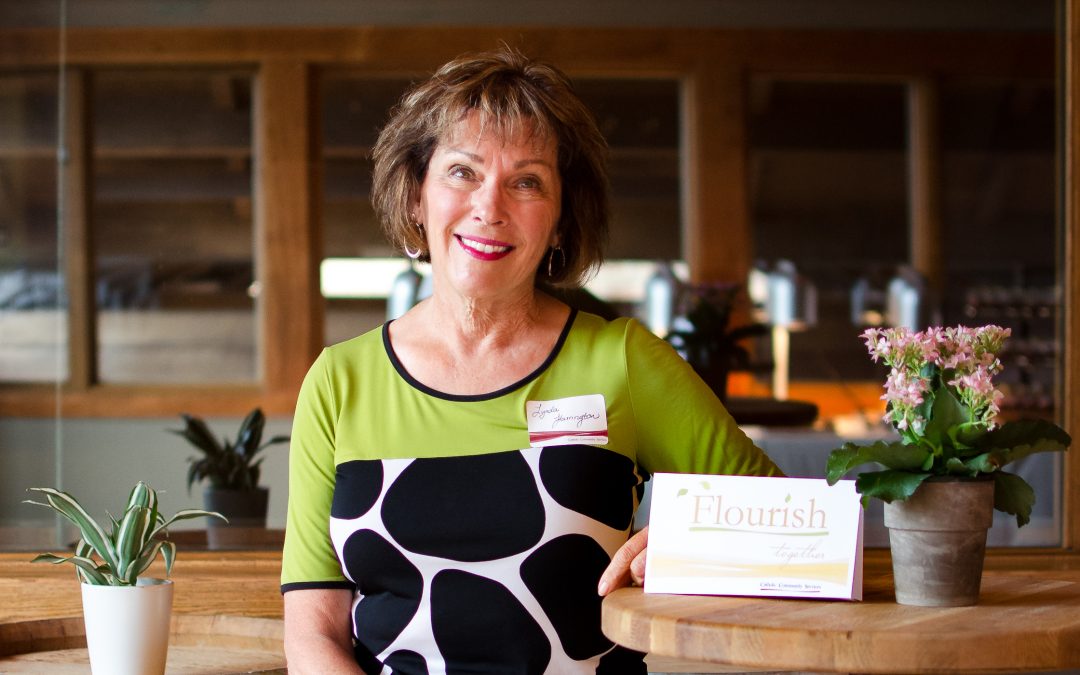 CCSF Board President Lynda Harrington believes in giving back to the community and lifting up those who need it most.

“I serve on the CCSF board because of the directive in Matthew 25 that calls us to recognize Christ in the least among us and to serve them,” Lynda said.

Lynda has been serving CCS since 2014 when her friend, Glenda Anderson, introduced her to the organization. Shortly after, Lynda was invited to join the board and has since held several positions including vice chair and chair.

Lynda worked for many years as the Development Director for Stand Up Girl, a non-profit geared towards helping young, pregnant women say yes to life and get the support they need to raise their children.

“I believe that to those to whom much is given, much is also expected. I have been abundantly blessed and try to give back to the community,” she said.

When Lynda isn’t working or volunteering, she enjoys whitewater kayaking, hiking and biking. She also loves spending time with her husband of 47 years, Dr. Lee Harrington, and their four children and six grandchildren.