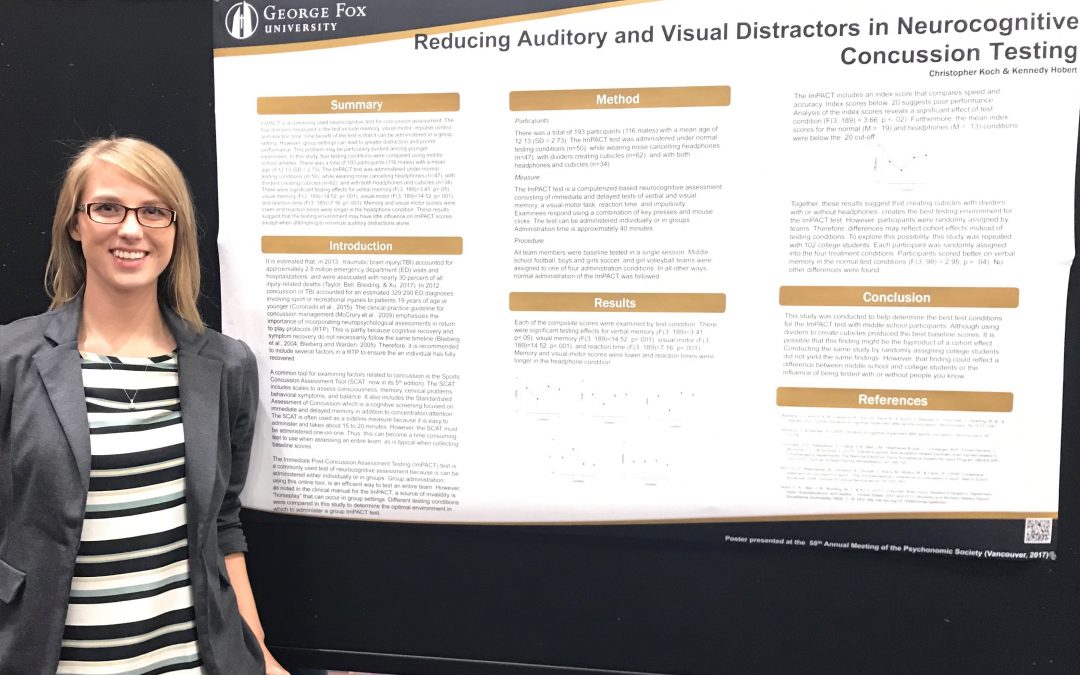 HR Executive Coordinator by day and scholar by night, CCS’s Kennedy Hobert graduated from George Fox University last spring. As a part of her capstone experience, Kennedy conducted research alongside her professors about concussion testing. Upon finishing her research, she was invited to present her findings at the Psychonomic Society Conference in Vancouver, Canada.

Kennedy chose to study concussion and its effects on cognitive behavior because she and her family have been personally touched by concussion.

“I got involved in concussion research after struggling with them myself and watching my dad struggle with them,” Kennedy said. “My dad played in the NFL for several years in the early 2000’s and was diagnosed with dementia three years ago when he was in his early 40’s. I have watched him struggle with the repercussions of concussion.”

Kennedy looked specifically at the ImPACT test, a commonly used neurocognitive test for concussion assessment. The four domains measured in the test include memory, visual-motor, impulse control, and reaction time. She believed that the conditions under which the test is administered affect the overall accuracy of the results.

“We wanted to find out how environmental conditions affected the performance on the baseline measure of a commonly used neurocognitive concussion test, called the ImPACT test, for middle school, high school, and college athletes,” Kennedy explained.

In the end, they discovered that the environment had little effect on the test results, but her research is not over yet. Kennedy is currently working towards publishing a paper on her findings and is conducting new research on how concussion education affects the perception of injury severity.