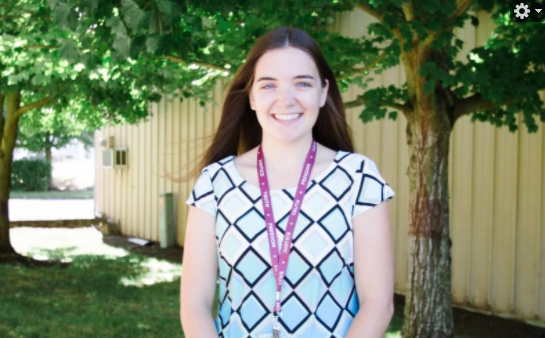 Before being assigned to CCS as a Jesuit Volunteer, Lauren Lang had never even set foot in Oregon. Lauren joined Jesuit Volunteer Corps Northwest shortly after graduating from Saint Joseph’s University in Philadelphia.

“I found out about CCS after being accepted to JVC Northwest and receiving my ‘service placement’ here, which was based on my experience and my interests,” Lauren said. “To me, it was a perfect fit!”

Jesuit Volunteer Corps Northwest places volunteers where they can respond to local community needs in a variety of social justice capacities. Jesuit volunteers serve for one year during which they commit to simple living, community, spirituality, and social and ecological justice.

During Lauren’s year of service with CCS, she worked as a youth mentor. She said while there were challenging aspects to her job, it was extremely rewarding.

“The most rewarding was seeing my mentees’ small successes such as receiving an award at school or having a very mature/positive perspective on a situation that would have been very tough for them to handle previously,” said Lauren. “It was also rewarding to hear from my mentees and co-workers, once my year was ending, the impact that I made on them during my time here.”

Lauren said that though her time at CCS has come to an end, she will carry the values of love, justice, truth and freedom with her wherever she goes.